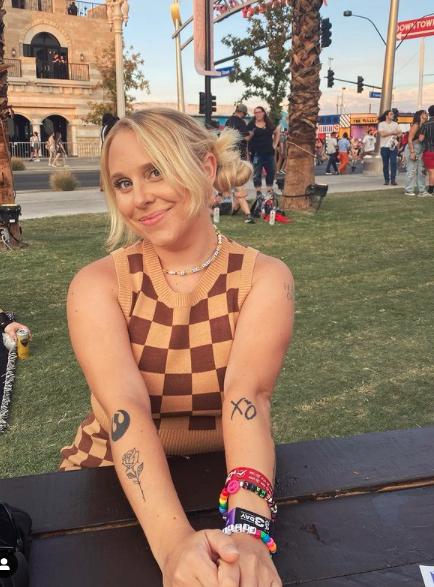 The first festival back after TWO YEARS. I mean, technically Day Trip happened on my birthday, but this felt like the real deal. Let’s spill the tea, shall we?

While my brain is still feeling a little scrambled, I am going to get through this the best I can. It’s time to sound educated. Also, may I note, EDC is NEXT WEEK. The content is overflowing!

So, what was it like being back at a festival after two years away? To be completely corny, it felt like coming home. I’m very candid about my mental health here, and two years without my favorite stress relieving outlet…really took a toll on my small brain. It finally felt like I had peace in my mind for once. Not to mention, not having cell service for the majority of it was freeing as well. It was a much needed break. While the lineup wasn’t something I was shaking, crying, and throwing up for…it was still so good.

My body definitely felt like it was going through a culture shock. After day 1, I was sore everywhere. What the hell am I working out 5 days a week for, when 6 hours of dancing takes me out?! Clearly I was severely dehydrated and needed food, but that wasn’t an option. I was off to the pool to get a little vodka lemonade. I needed to sweat out the toxins.

Honestly guys, I’m going to be a big boner kill here. I didn’t have any near death experiences. I KNOW. You guys love hearing about me barely scraping by the next day. I did however have a lot of realizations. Ones that I am hoping to have at EDC as well. In the past, I was always looking forward to festivals because I was hoping to escape problems in my real life. Well, it didn’t take me long to realize the main problem is running away from my problems. Go figure! Thanks therapy! While I was having the time of my life at the festival, with my best friends, I was thinking about how I was excited to come home and tell the people in my life about what was happening. I wasn’t dreading coming home like I am used to. It was almost a weird feeling. I had no problems I was running away from. Yet at least.

I’m going to be completely honest, I am RACKING my brain right now trying to remember who we saw. We didn’t ever leave the Fremont tent the whole weekend, to put into perspective the vibe. We also went to XS Friday night to see our baby Gryffin. Truly going to bed at 5am was the peak for me. On Saturday we saw Dillon Francis, as a surprise to nobody, and I got food for once! Go figure, she’s not chugging drinks with her drugs. Don’t worry, if it was up to me I would have. Weirdly enough there was NO Redbull at the festival. To say I wasn’t disappointed would be a blatant lie. Like where is it? I don’t want any other energy drink. I know they’ll have the same effect, but I’m set in my ways.

The festival overall was also way more crowded than usual, which at first was startling, but then kind of comforting. It was nice to know so many people were desperate to get back to the stages, no matter what was happening in the world. It felt like Life is Beautiful was it’s own little city for the weekend! Comparable to Coachella!

I realized after the festival that EDC is going to be an even bigger shock to my body. The comedown will probably be even more intense. Or maybe not?? It’s my first time.

Leading up to it, I’ll make a little playlist to pregame on my drive, which I’ll obviously make public for you all.

Just get ready for the EDC blog next week, because there will be MUCH more to say from a first timer perspective. I feel like with LIB, I’m a veteran. We all know how the stories go. Even though, I’m so sorry I couldn’t deliver on the borderline passing away front. Maybe after all these years, and all these stories, I’ve finally learned??? EDC is the final boss test I have to pass.

See you guys after EDC!!